The Steering Committee meets twice a year: once on the occasion of General Assembly meetings, and once more after six months to review the project’s progress. The second meeting was held on April 2-3 in Amsterdam, together with an Ethics and Dissemination Board meeting that refined the Aggressotype outrech strategies. 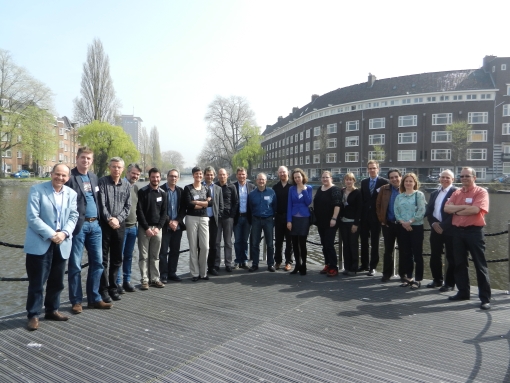 The sixth Steering Committee Meeting was held on March 1, 2016 in Frankfurt. The first 30 months of the Aggressotype project are solwly drawing to an end and this meeting was used to discuss the next steps and important decisions within the project were taken.

The eighth Steering Committee Meeting took place from 21-22 March, 2017 in Casteldefells, near Barcelona. 14 members participated. Besides giving each other an update on the current progress of all work packages, this meeting focussed on hot spots for dissemination.

The tenth Steering Committee Meeting was held in Dublin from March 20-21 2018. The 14 participants mainly focused on the last loose ends and how they could be covered within the last 8 months.

Direct links
This website uses cookies to improve your experience. We'll assume you're ok with this, but you can opt-out if you wish. Until you give your consent, only those cookies necessary to maintain the website's functionality are active. When you choose "OK", so called third-party non-functional cookies (e.g. GDPR-conform Google Analytics) may also become active. Please be aware that the website's functionality may be restricted if you choose "DECLINE". You can revoke your choice at any time by clearing your browser cache/history and updating your selection. Please also view our privacy policy.
Ok Decline